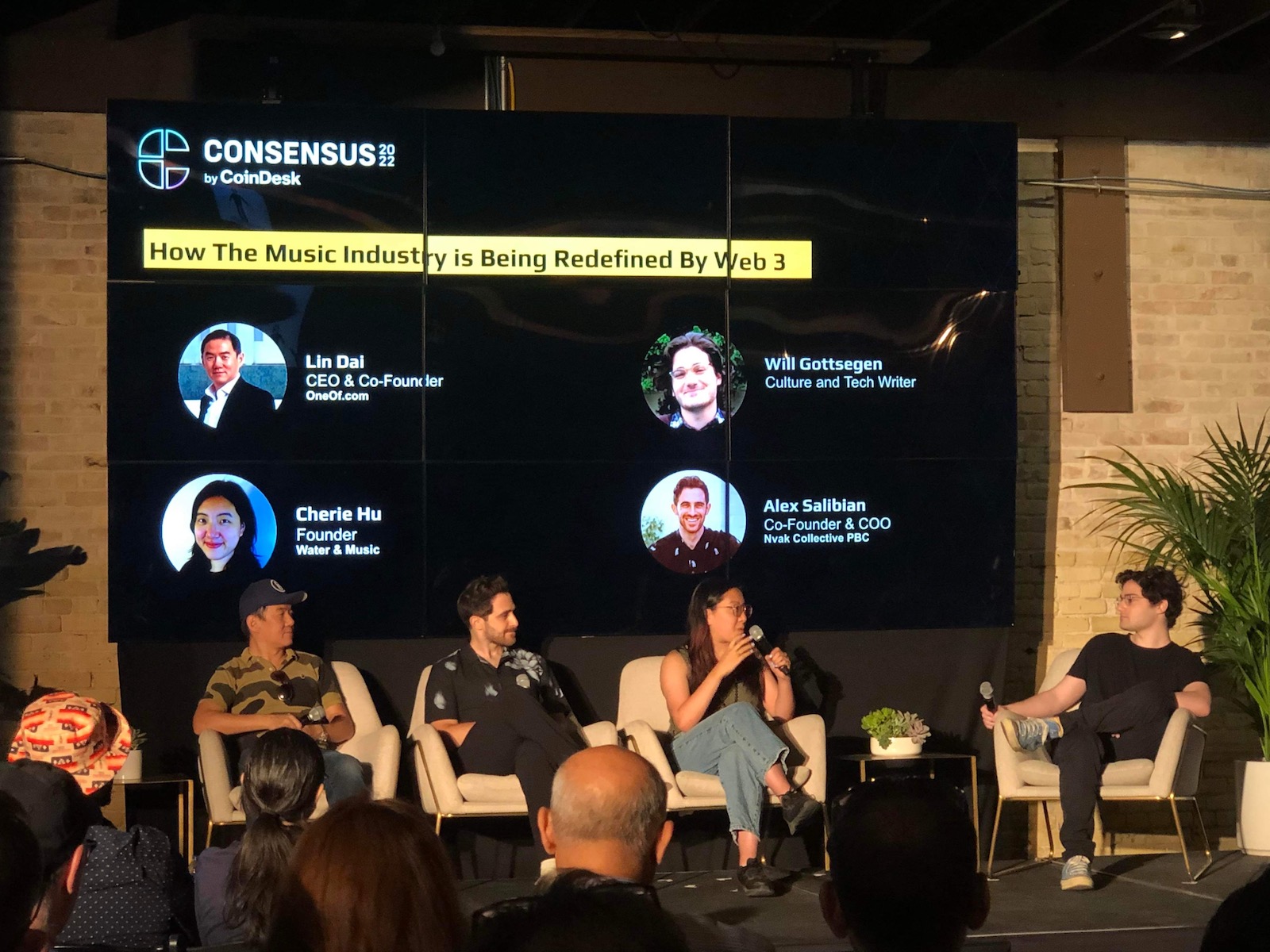 Cherie Hu of Water and Music discusses Web3 at Consensys 2022

Water and Music, the newsletter and research DAO (decentralized autonomous organization) building the innovator’s guide to the music business, was created to facilitate conversations between people in music tech. Now they’re going one step further and actively engaging the industry hive mind to create research projects and to reward everyone involved.

“My ‘why’ for this membership is helping people understand the world better, and then also understand their own place in the world,” begins Cherie Hu, founder of Water and Music. She wants to help people be best prepared so they can make the most impact on their industry. One of Cherie’s key mantras, especially in the context of business reporting, has always been creating actionable writing. “At the end of reading any article, you'll have a better idea of what to do in your industry or how to be better at your job. Closing that loop between what people in the community need, and what we write about, is very important,” Cherie explains.

Nowadays the Water and Music team has grown to hold regular ‘research sprints’ of up to 10 weeks where they choose a topic to glean as much information as possible for their customers. For these research sprints, once they have decided on a topic, they go out and speak to the Water and Music community: “We ask, ‘What are your concerns right now?’ and we crowdsource [those responses]. Then the structure of our report comes directly from those needs,” she tells me.

True to form, the Water and Music research sprints are incredibly collaborative and community-centric. “It’s a bottom-up ideation and we involve a lot of people to help us do the editorial research,” Cherie says. So far the Water and Music community has released two reports in this collaborative structure. Keeping on-trend, they sold NFTs retroactively so that if people wanted to support the research, they could – and those revenues were split fairly among all contributors. “It’s clear to me that the output of that research was so much better than if one singular person tried to research everything. The work would never be complete!” she smiles. “It’s convinced me of the power of not just connecting people but collectively synthesizing knowledge.”

Taking the power back

“It's more of academic term, but I think it really applies to Water and Music: we’re a community of practise,” Cherie continues. “The term was introduced in 1991 [by cognitive anthropologist Jean Lave and educational theorist Etienne Wenger] and it represents a group of people who not only have a shared interest, but who come together for the sole purpose of learning how to do something better.”

She explains that this can correspond to people in a similar industry, or in similar roles across industries. These people communicate regularly, and exchange knowledge. Water and Music will contribute by not just producing media and building tools, but facilitating peer-to-peer education: "That'll be a really important part of our future: breaking down information silos in the music industry and encouraging people to be more collaborative,” Cherie adds.

There’s an element of ‘taking the power back’ in this. Cherie wants to reassure artists that they have more influence than it might seem: “Certainly, in the streaming world, there are increasing consolidations dominated by Spotify and other big tech companies. Royalty rates are going down — well, it's all going downhill! — so we’re giving artists the tools to understand the wide range of alternative options. We’re equipping artists and the people around them to think more entrepreneurially.”

The Water and Music team

Cheire explains that the term 'community of practise' originally referred to professional communities but it can also be relevant to creative communities, such as here. For Water and Music the exact focus is the music industry, and that comes down to a personal reason. "I'm motivated by this work because I grew up playing piano. I spent a lot of time around classical musicians, but I love interacting with all artists and getting their perspective on where tech is going," Cherie continues. "Hopefully, whatever knowledge we put out there helps artists and their teams understand tech better, so they can use it to make cool art!”

Down the rabbit hole

The company’s latest deep-dive research sprint has been into the chaos that is Web3, the conceptual next generation of the internet built on blockchain technology. “We’re trying to understand the State of the Union for tech trends in music, especially those that are very noisy,” she explains. “Web3 is the perfect example, because there's so much noise; no-one knows what's happening. It's the most extreme rabbit hole and it just keeps going down. And it's like, ‘What's going on?’!”

In the music industry, unsurprisingly, one of the top concerns is fan sentiment. “I think that's the number one reason why a lot of artists are not doing NFTs right now: because of fear of backlash from fans,” she muses. “We did a report on concerns around Web3. Of course, in the music industry there are many concerns around licensing and intellectual property (IP) with NFTs. That was a whole chapter!” 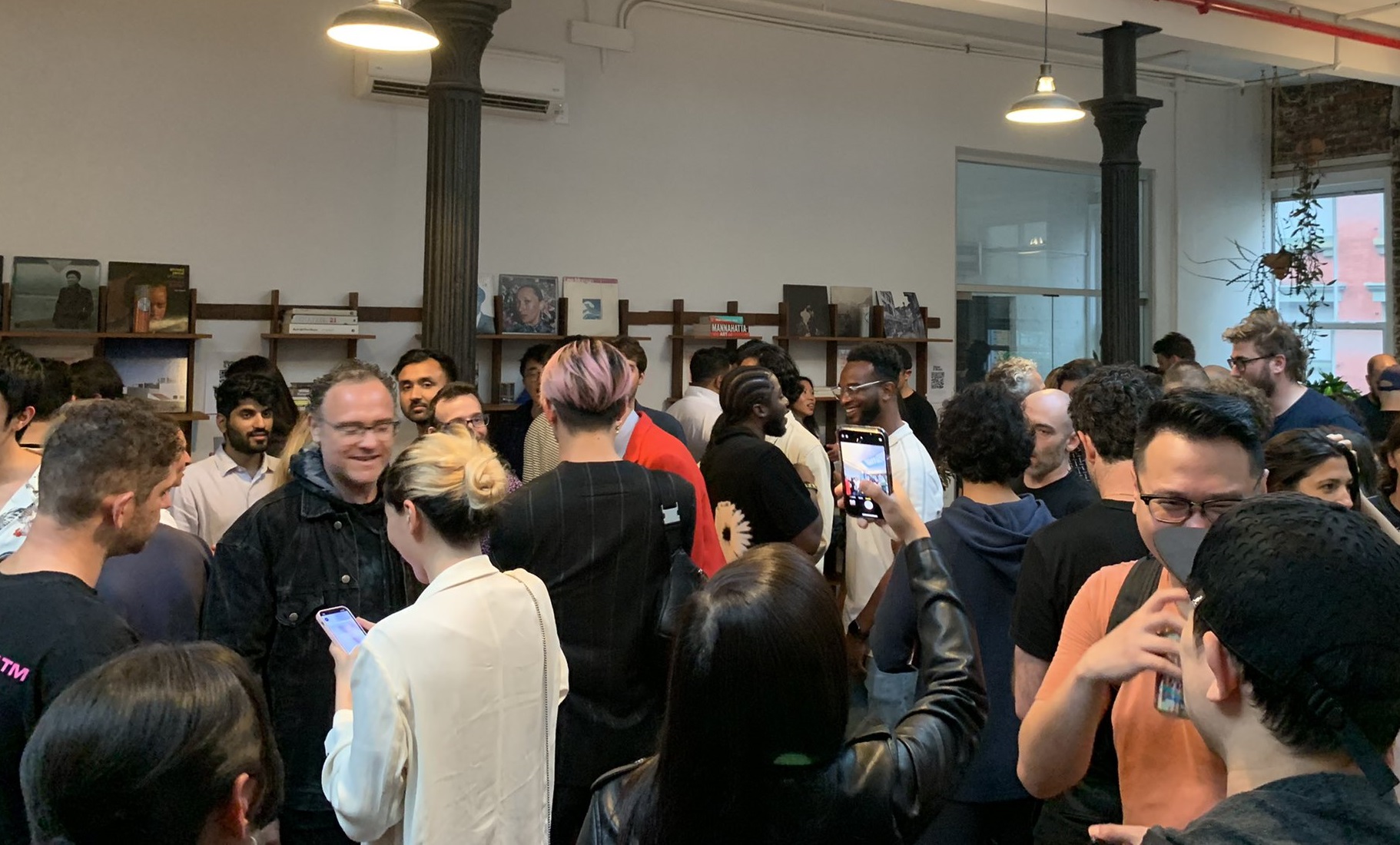 The Water and Music meetup at the NFT.NYC conference

The next collaborative report within the community has already begun. “We're researching even more nebulous topics now, for example the metaverse — whatever that means!” Cherie jokes. “We're not even trying to build anything right now; we're just trying to figure out what people think about it and what people are confused about.” The report includes interviews with artists, startup founders and industry professionals about how they define the metaverse and what they are trying to accomplish in it, as well what is proving problematic.

Cherie mentions that the goal is to combine this research with building online tools to address these issues. “We did this with some Web3 themes already such as secondary sales of music through NFTs and shares of royalties. Some smart contracts state that 10 to 20% of all secondary sales should go back to the original artist and many users are communicating that as a benefit. But I think the reality is that the vast majority of NFT's don't generate a secondary sale,” Cherie explains. She says that she believes the value is more in the direct relationship and connection that the NFT represents, not in the opportunity to having something to sell onwards again later.

Along with the report, Water and Music will be building a tracking dashboard where users can input an NFT collection to see if there have been any further sales and if so, how the NFT has moved through the market. “We want to build more interactive tools: it’s like interactive data journalism, particularly for artists as they are probably the ones who are thinking the most about releasing and pricing their NFT drops. We’re building critical frameworks and tools to help people do this analytical work themselves.”

Cherie notes that some of these newfangled terms are becoming more muddied instead of clearer, as time goes by: “For the metaverse, for example, there's a huge gap between how the metaverse has historically and conceptually been defined, from back in the ‘60s.” She explains that the Water and Music team is building a framework for understanding historical definitions of the metaverse, and then the gaps between expectation and reality.

“The first sci-fi books that mentioned the metaverse had a grand vision of interconnected virtual and IRL worlds. We are so far off from that right now. But at the same time, in the music industry, artists are saying ‘I just launched my own metaverse!’ when they essentially mean a virtual world.

“There are now directly conflicting visions of the metaverse,” she continues. “You have Meta [Facebook’s holding company] and Epic Games on one side: both are centralized with one company owning everything, but then there is the vision of a Web3-forward, decentralized, metaverse with interoperable identities and assets. It makes sense to at least experiment with blockchain and the role it plays in facilitating that, but that directly contradicts Facebook's approach.”

Cherie concludes that the metaverse has “just become this nebulous word that anyone could use for their own benefit” and she wants to cut through the nonsense. This ties back in perfectly with Cherie’s raison d’etre: Water and Music will critically and analytically look into the subject, then be able to deliver actionable insights to advise people how to react. This has real-world use cases, too, such as helping artists and their team when they are evaluating partnering with certain metaverse platforms. 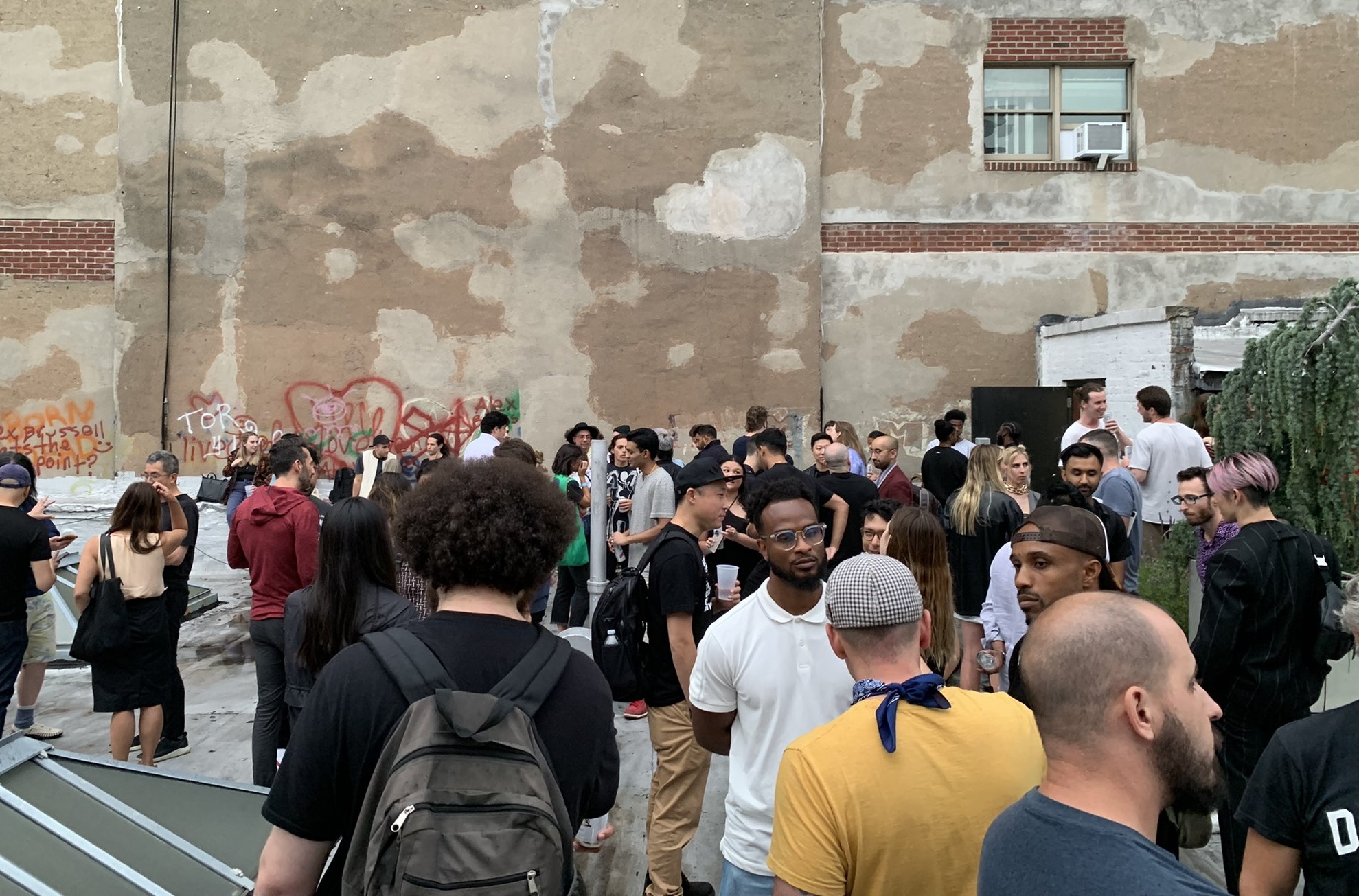 The Water and Music meetup at the NFT.NYC conference

Cherie closes in usual fashion, encouraging collaboration within the Water and Music community. “In the next few months, we’ll be carrying out interviews with artists, platforms, and startup founders. Out research into the metaverse will probably continue through the summer into the fall and so if people are interested in getting involved with that, let me know. If anyone has recommendations for people to interview we're all ears!”

To get involved, follow Cherie on Twitter: @waterandmusic. To become a member of the Water and Music community, and gain access to the community’s in-depth research reports and Discord server, go to waterandmusic.com/membership.