Why deeply understanding your audience is so crucial

Manasvini Krishna shares why it's not possible to solve a problem you haven't experienced first-hand.

Manasvini Krishna, founder of Boss as a Service (BaaS)

Manasvini Krishna is the founder of Boss as a Service (BaaS), a human accountability platform that aims to “help customers stay on track by providing a living, breathing human being to check in on you, and hold you accountable to achieving your goals.” I spoke to her about fighting her way out of ‘productivity hell’ – and seeing a desperate need for a new product along the way.

“Back in 2018, I was a lawyer,” starts Manasvini. “During that time, I had no problem with productivity, because I worked full-time at a law firm.” She explains that there was a structure of accountability around her with peers and colleagues, and a boss – an inbuilt structure where people depended on her. “If you didn't hit deadlines, there were consequences.”

But, once she quit her job and started a company, that structure of accountability vanished. “My productivity tanked. I woke up in the morning and the entire day stretched out in front of me. I had no plan. I would do random things like watch Netflix in the morning and work at night. I was all over the place!” she laughs.

Manasvini and I agree that this same thing happened to many people during the pandemic: “Everyone was working from home. All this structure that they had built up disappeared.” Around the start of 2020, the idea for Boss as a Service really resonated with a lot of people but as of 2019, it had been a side project. “I was just having fun holding people accountable, asking them why they didn't go to the gym,” Manasvini smiles. “It went viral when it was featured on Hacker News in 2018. And then again, during the pandemic, it really took off because at that time people were looking for accountability.”

After the feature on Hacker News, which is a forum for tech types, the numbers were impressive. “At one point we had 100,000 people on the BaaS site - it was a little crazy!” Manasvini explains. “We were completely overwhelmed. “It was sort of a flood, we had to put people on a waitlist and onboard them, little by little.”

From an idea to a business

It had taken Manasvini a long while to find the structure she needed: “I was doing the basic minimum level of productive work. Throughout that time, I was thinking I needed someone to push me and hold me accountable to my own goals and challenge me on why I hadn't done what I was supposed to be doing. At one point, I was like, ‘Why does this not exist?! It needs to exist!’” she laughs.

She continues: “This is something that can't be automated because you have to have that person who holds you accountable, who pushes you to a corner and says, ‘Okay, listen, I'm not gonna take your excuses’ – it’s like having a personal trainer in the gym, but for your business.”

It’s developed organically, with Manasvini sharing the idea with friends. Once the Boss as a Service idea started taking off, the team expanded; BaaS is now at 13 people. “During the pandemic, nobody was going into the office. It's easy to lose track; it's easy to lose motivation,” Manasvini muses. “If you say, ‘I really don't want to today,’ we say, ‘No, that's not good enough.’ I don't think BaaS can ever be something that's automated 100%. It’s important that you have a real person who will chat with you and hold you accountable.”

Interestingly, membership was always the business model. “I literally processed the first transaction on Memberful,” she continues. She was a part of a group of entrepreneurs called WIP.Chat; when she had the idea for BaaS, she looked into how the WIP.Chat team were doing it and learned they were using Memberful. “I was able to log in, and see the whole experience – I was the user of that community. It gave me the perspective of how a prospective client would see my product.”

The future of Boss as a Service

“We definitely want to scale, expand our team, and add more users. That's one of our priorities for BaaS,” she continues. “But we also have a couple of other product launches lined up, most of them in the productivity landscape.” 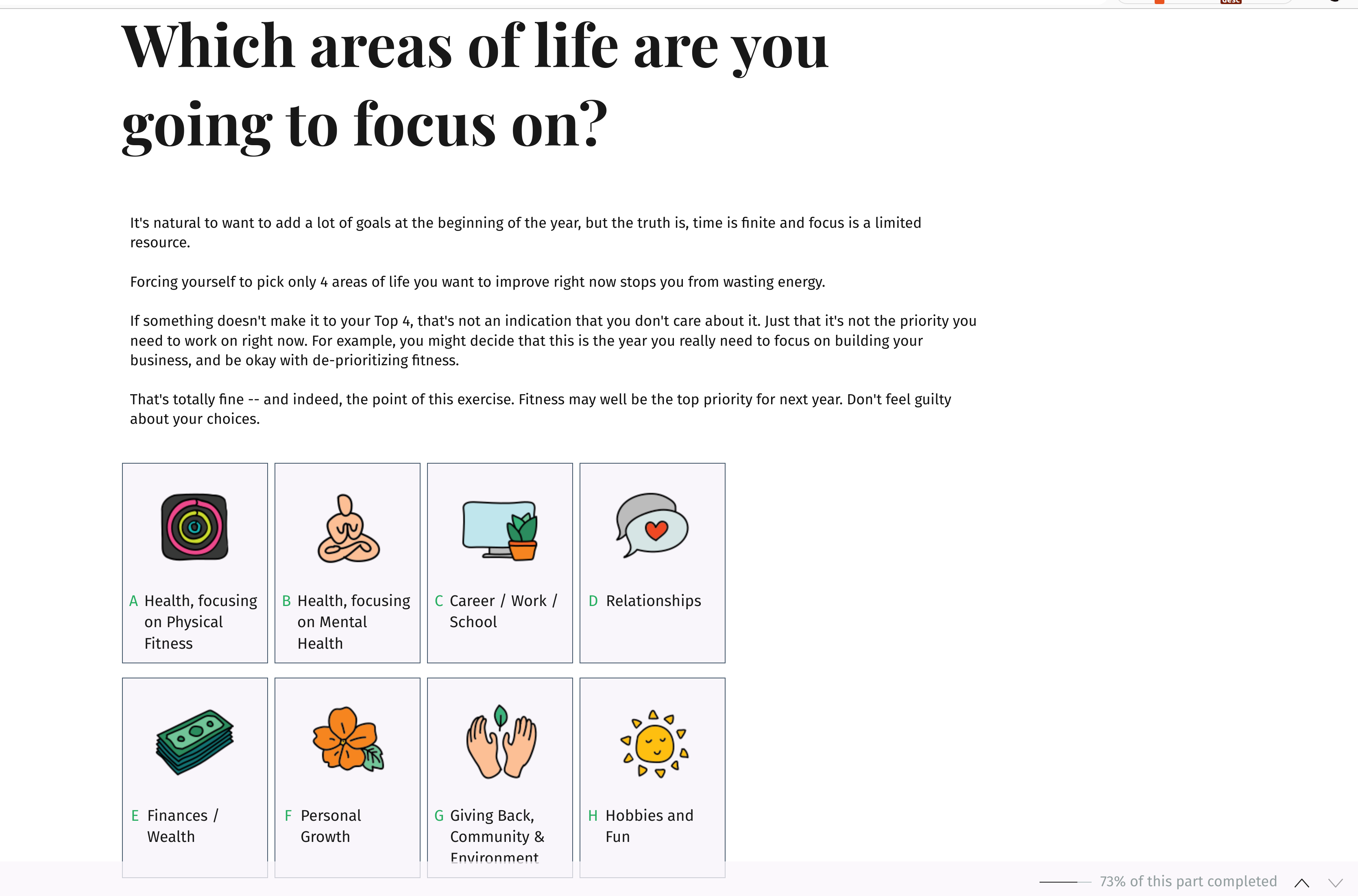 One of BaaS's productivity quizzes

“BaaS is all about holding you accountable, to going to the gym, for example. But suppose we had a group of people who all wanted to go to the gym – there's a potential community aspect to it.” She confirms the team is currently in the research phase and asking their customers if they would be interested in this feature.

“One cool aspect about BaaS is we have a lot of privacy-conscious people; we literally ask people to prove that they've done their task. So especially with certain tasks, some people feel better not sharing it with the world, just their boss, so it stays confidential. We’re trying to balance that out with how the group element might work. The plan, moving forward, is to launch community products to bring in a group approach to help us to grow and scale sustainably.”

The whole idea for BaaS stemmed from the fact that Manasvini was trying to get her friends to hold her accountable back when she was not being productive. “It never worked,” she says. “My friends were sick of me bugging them, to bug me, so I gave up on asking my friends to hold me accountable.” She notes that this dynamic can also put undue stress on relationships: “I've asked my husband or my parents to hold me accountable before, and then I just end up fighting with them!” she jokes.

Understanding your audience and their problems

Manasvini’s first tip for aspiring entrepreneurs is honed out of personal experience. “I really resonate with BaaS because it’s solving a problem that I deeply felt in my own life. I have tried a couple of other products in the past, but the products that I tried to create were in a market that I didn't really understand or deeply resonate with, so they didn't go anywhere. BaaS is solving the right problem for me.”

She explains there’s a lack of understanding when you don’t share the same pain points with your potential audience: “You don’t ‘get’ the customer; you don't understand exactly what the problem is, at a deep level.” 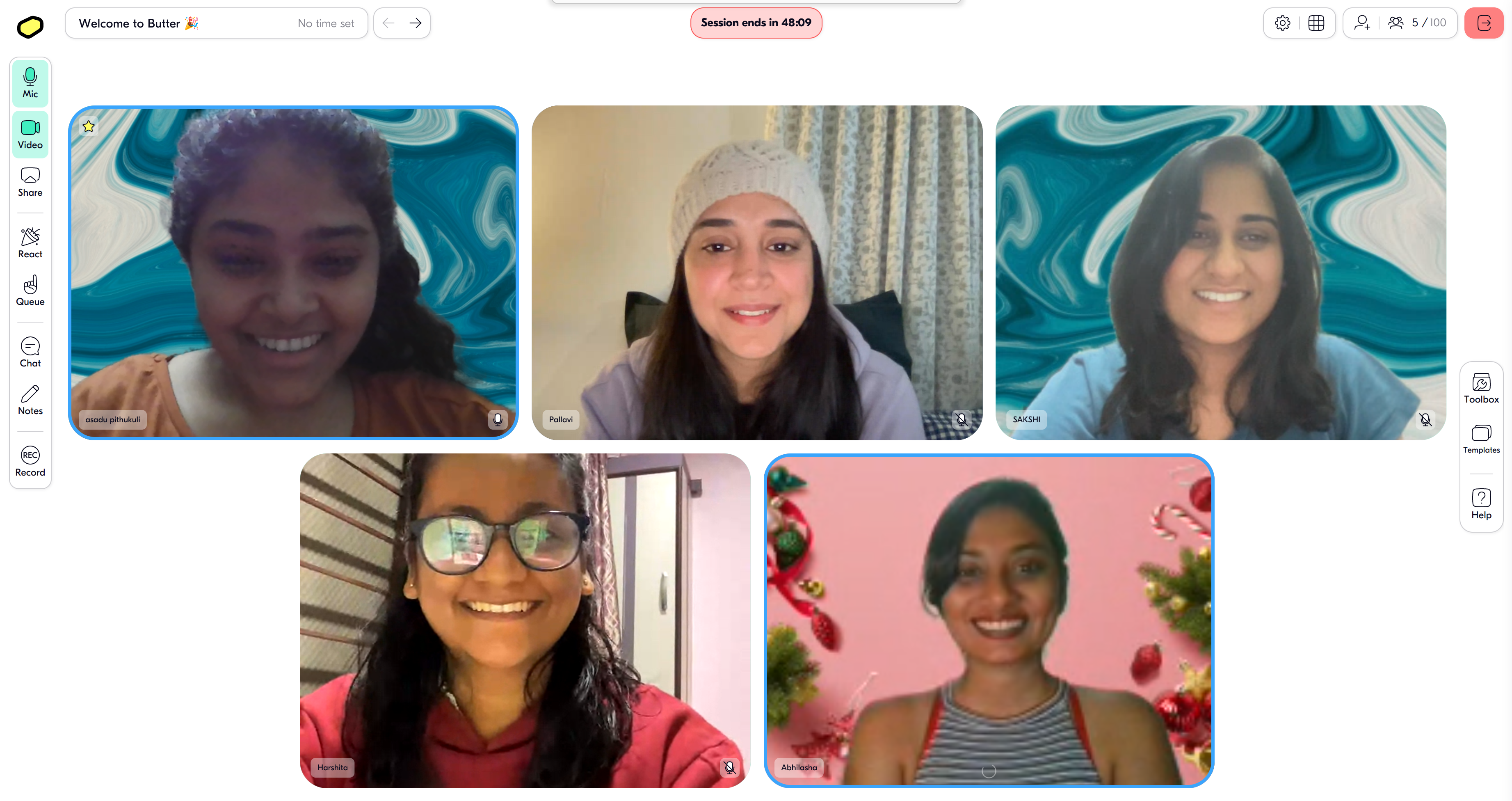 Her second tip is about accidental self-sabotage: “A lot of us tend to overthink and make business plans, or a 10-year plan, when you should get out of your own way and start putting your product out there in front of potential customers. It's one of those things that everybody tells entrepreneurs, but it's not easy to take the advice. Everyone falls into the same trap. It's only when you're doing this for the second or the third time round, that you're able to stop this.”

Manasvini explains that you need to put yourself into two different mindsets: a business mindset and a creative mindset. “I actually heard a friend say that they put a break between the two: the morning is creative time and evening is business time. And they create a proper transition by doing an activity in the middle to clearly separate the two, so they don't get bogged down with perfectionism.” 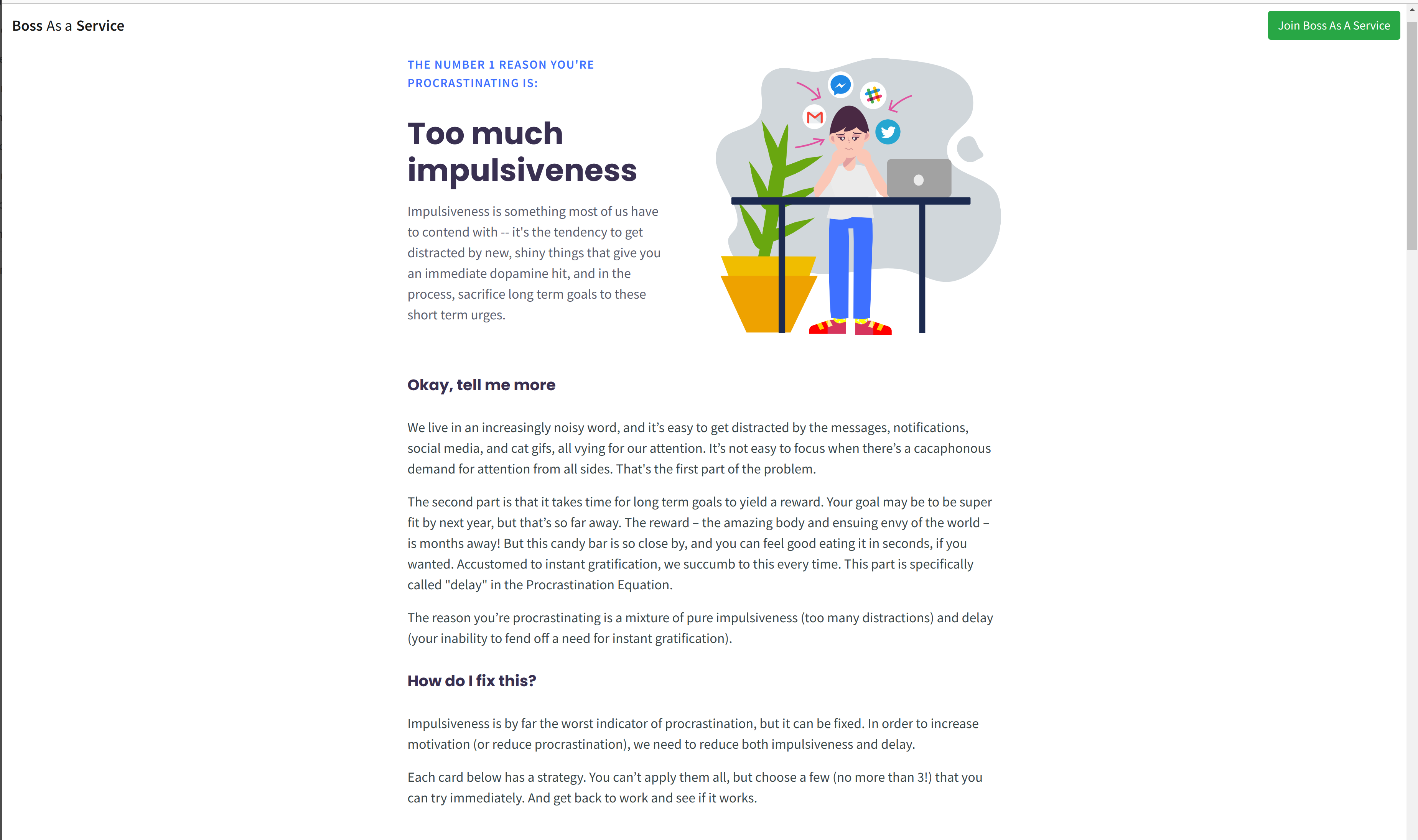 One of BaaS's productivity quizzes

When she first launched BaaS, Manasvini saw the importance of just getting started. “It was like, ‘Here's a cool idea that I had, let me put it out there and see what happens’. I didn't want to mess around with too much code. I wanted to get something up in a day and just move ahead. It's so easy to go, ‘I will launch in a week, and I'll tweak this and I'll get this pixel slightly different’. Then it's a week later, and you're like, ‘Oh, I've not really made any big differences.’”

Manasvini and I agree with the old adage for technology development: ‘If you're 70% ready, you're ready.’ “You've just got to get it out there,” she confirms. “Then, speak to your community, and speak to your peers. Be happy to iterate, of course, but you can't wait forever to launch. Be willing to learn, and be willing to listen to feedback.” With BaaS, I just wanted to get started with something simple – and you should too!”

More information about Boss as a Service (BaaS)

Lear more about Boss as a Service's "accountability for people who work independently" and sign up at bossasaservice.com.