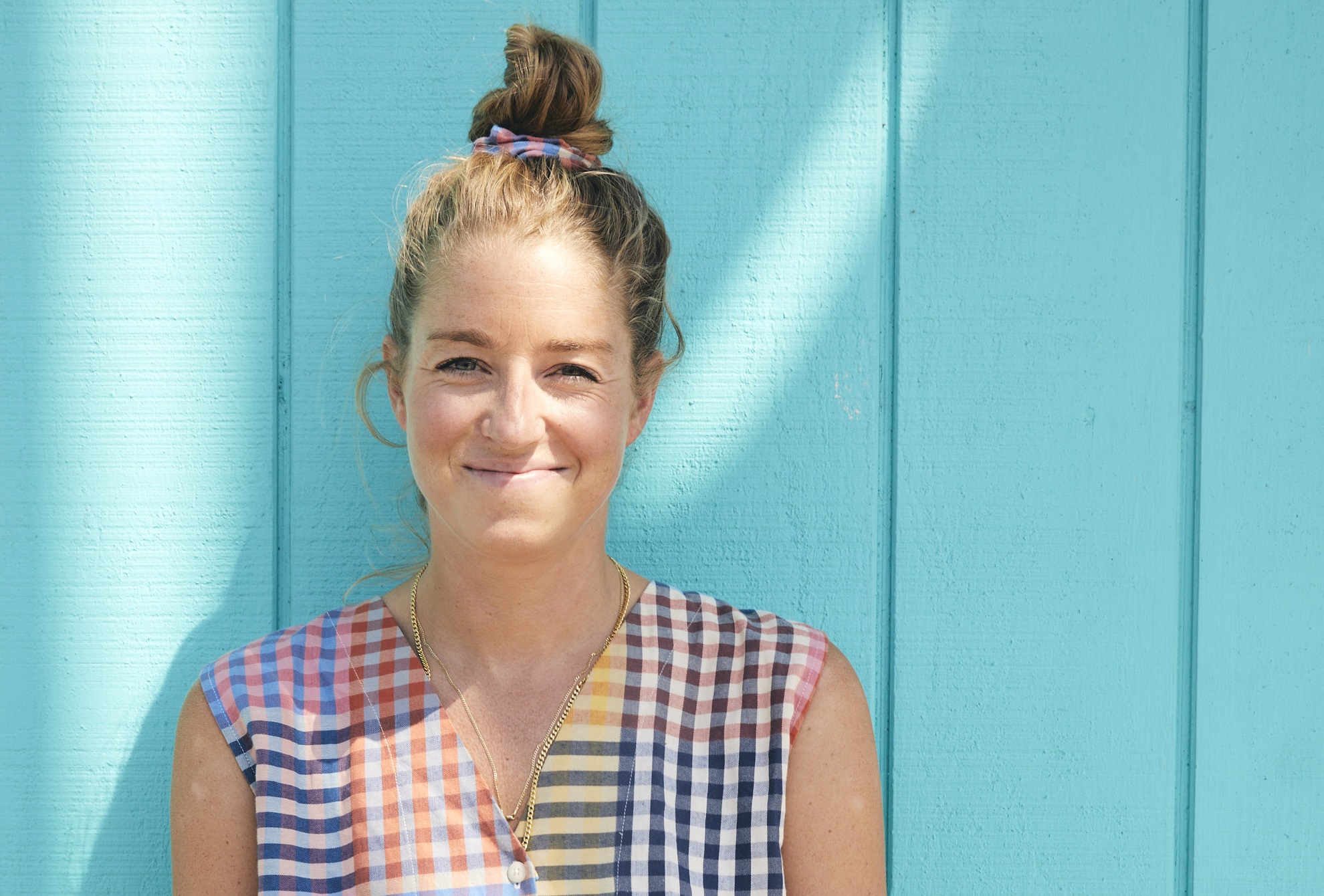 Molly Baz, recipe developer and owner of mollybaz.com, dreams big. "When I was little, I wanted to be an astronaut,” she starts, “Then I wanted to be a United Nations translator. After that, I thought I was going to run an art gallery in New York City.” So, logically enough, she pursued a degree in art history from Skidmore College, the liberal arts school.

But it was during a year abroad in Italy, studying renaissance art, that Molly’s love for food took over her other passions: “I was living with a little old lady named Graziella, who was my homestay 'grandma’. She spoke no English – she couldn't even understand me when I said thank you – but she was an amazing cook.”

It seems Graziella’s main daily pastime was to go to the local market, find some ingredients, and cook Molly dinner. “She just lived for it,” Molly continues. “I had never really eaten like that. I hadn't been exposed to food seasonality and Italy's reverence for ingredients. But I was like, ‘Oh, man, this is f*cking awesome!’.” Molly tells me that cooking this way just wasn't something she grew up with – and she’s sure it’s the same for 99% of the people out there. “My parents weren't seeking out high-quality ricotta and the best tomatoes – it just wasn't the thing.”

Molly tells me about “mind-bending ‘whoa’ moments” in Italy that made her come home wanting to work with food. Even the way Graziella shopped for food was different to Molly’s experiences. Molly explains: “Instead of going to the grocery store on Sunday for the week, Graziella would go to the market every single day. This was because ‘You don't know what vendors are going to be there – and maybe the peaches look better today than they did yesterday’. It was about respect.”

Molly tells me that, in quintessential Italian style, Graziella’s Tuscan food was simultaneously simple, rustic and delicious. “Her tomato sauce is forever ingrained in my mind,” she continues. “It’s really good, especially for winter, because it uses cherry tomatoes, which are, in my opinion, the only fresh tomatoes that are worth your while out of season.”

It’s clear from the way Molly Baz talks about food that, for her, cooking is about more than just combining flavours. It's the whole experience of exploring the ingredients on offer, considering what looks good, and crafting a meal in your mind. “That's just not how my brain worked. I just didn't think about eating in that way. Now, of course, it's all I think about,” she smiles. This is perhaps why Molly refers to herself as a recipe developer rather than a chef.

Restaurants, recipes and rolling with it

To continue her professional journey in the world of food after leaving Italy, Molly worked in restaurants where she learned how to cook. But it wasn't the end goal: “I burned out on restaurants and decided I didn't want to actually have my own restaurant. But I knew I wanted to cook and needed to figure out the career that made sense for me.”

Molly entered the world of food styling, because “the next logical step from art history, including composition and color, was the art of making food look delicious”. Seeing as Molly’s dad is a photographer, she felt this could be the way to engage with food based on her skills, expertise, and the way she was brought up. 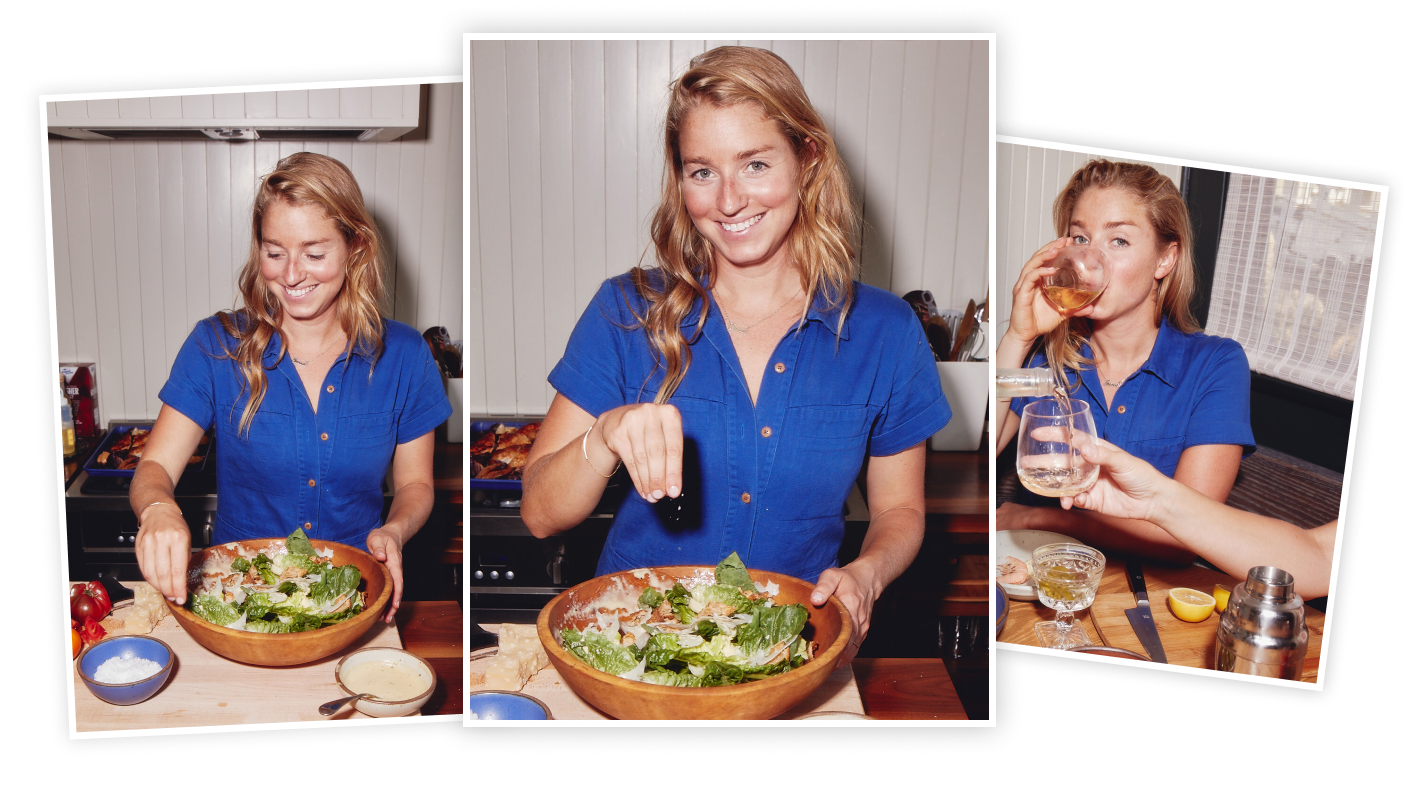 “It went well for a while and I enjoyed it,” she continues, “But ultimately, I had this feeling that I was just cooking and styling other people's food. It's like, ‘Cool, that looks delicious’ and you have some ownership over the photograph, but it's not your food. It's somebody else's. I wanted to be cooking, from my own brain and heart and soul.”

So the next step was to get into developing recipes for magazines. She was already in the world of food media through food styling at Bon Appetit magazine and was exposed to the job of food editor, which she took up. “I didn't know what a food editor was before that!” she jokes, “But it’s someone who writes and develops recipes, and spends 75% of their day in the kitchen. It was a way for me to be back in a restaurant setting, and be in touch with food for the majority of the day.” The role clicked. “I thought, ‘This is the only thing I ever need to do ever again,’“ she smiles. Molly became senior associate food editor and then progressed to senior food editor and used the time to hone her recipe development skills for the next four years.

The transition from food lover to food stylist to food editor was complete, but there was one final step in the journey. “It was never in my plan to be a personality and to be in videos,” she continues. “The Bon Appetit YouTube channel was already set up when I joined and had some traction but it wasn’t poppin’ the way that we know it today. A few weeks after I took the job, one of the producers asked, ‘Do you wanna do a video?’ And I was like, ‘Holy sh*t. I don't know. I'm not an actress. I thought I was a behind the scenes person’. And then I obviously f*cking loved it.”

Molly confesses she was nervous during the first time she was on camera in the test kitchen. “I was like, ‘Can they see me shaking?’! And then the video came out and I was like, ‘Wow, this is so fun.’ It wasn't my plan; it was Bon Appetit’s plan and just rolled with it.” The organic evolution to food personality, and the job of “figuring out what exactly it is to be Molly Baz” was complete.

Cook this Book by Molly Baz: Becoming an author

While working at Bon Appetit, an editor from Clarkson Potter, part of Penguin Random House publishing group, reached out to Molly and asked for a meeting. “The dream is to get an email from a Penguin Random House email address,” she remembers. “I knew this was cookbook-related. I took the meeting and one thing led to the next and all of a sudden, I had a book deal.”

“It's an interesting ‘tension’ coming up with a recipe list for a first cookbook,” she continues, “Because you're simultaneously thinking about the dishes that are the best expression of who I am in the world but also the dishes that other people are most likely to make. What are the dishes that are going to be approachable? It's not about ‘How hard can Molly Baz flex in her book?’ but it’s about how can I create things that feel really true to me, but are not intimidating or overwhelming, and so just non-starters for regular ass cooks. These meals are something I would make at home, but not when I'm being super extra.”

Molly explains: “75% of what I do is trying to inhabit the brain of a amateur cook, and discard everything I know about cooking and approach it as if it's the second time I've ever been in the kitchen. She has trained herself to know what it feels like to be a novice cook, and “to be overwhelmed by all these groceries sitting on the counter in front of you”. She confirms: “My job as a recipe developer is to create order for these people in a way that makes it fun, and not a pain in the ass.”

“My biggest fear is that my generation and the generations younger than me will have spent their entire life just getting [food delivery app] Caviar. And they’ll wake up one day and have a six-month-old on their hip and a toddler running around and a job to do and not know how to put anything on the table -- not even pasta with tomato sauce -- and just be like, ‘F*ck it. I'm ordering from Caviar again!’. My goal in life is to eliminate that situation from happening as best as possible.”

I ask Molly if there are plans for a sequel to the book. “I am supposed to start writing it as of three days ago!” she smiles. She explains that she received a second book deal a couple of months ago through the same publisher, to act as a sequel and build on the foundational knowledge taught in the original book. Stay tuned.

Perhaps the most famous recipe in Cook this Book is the famous Molly Baz Caesar salad. A self-proclaimed 'Queen of Cae Sal', Molly smiles when asked why she loves the dish. “I don't really have a one-sentence banger of an answer to that!” she says, “I just think it is the greatest salad on the planet. If I go out to a restaurant, and there's caesar salad on the menu, there's literally zero chance I'm not ordering it. I've become infatuated with it over the years; I’ve talked about it a lot, and I make it a lot. And people know that now. I just frickin’ love it!”

Maybe it’s just that Caesar salad matches Molly’s mantra in that food has to be fun. It’s simple, accessible and packed with flavour -- that’s what cooking should be according to Molly Baz. Perhaps counterintuitively, this mindset comes from her experience with professional cooking rather than from eating and enjoying food: “I've always found such joy in the kitchen when working in restaurants; there were the highs and the adrenaline of being on the line and banging out service and being like, ‘F*ck, yeah, we did it’. 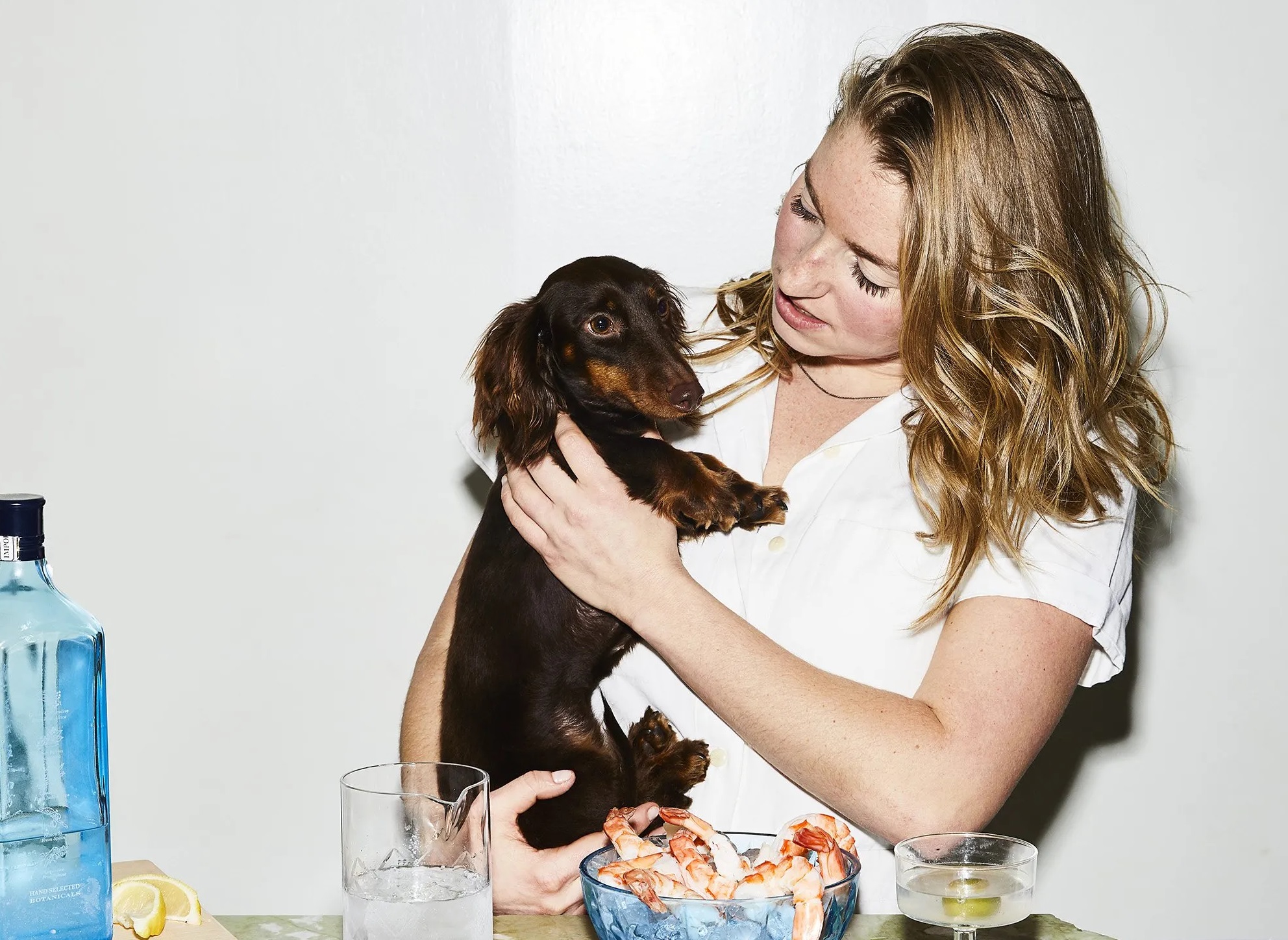 Molly has seen the joy that cooking can bring and the anxiety that it can cause: “I hate that I can't just wave a magic wand and make it fun for everyone. When I say cooking has to be fun, it's because I'm just always trying to have a fun time -- not just with cooking. If I asked my husband, ‘Do you want to go bowling tonight?’ he would say no and I would reply, ‘You just never want to have fun!’” My work here on this planet is to make cooking more fun for other people so they can access that joy too.

As if Molly’s love for food wasn’t apparent enough in her cooking, this passion has made it into her home life. As seen sometimes on her Instagram, she has a pet dog named Tuna. When asked if tuna is a boring choice to have as a favorite food, she disagrees wholeheartedly: “I do not find tuna boring at all! I think the water-packed cans we used to have growing up are dry and boring, but high-quality oil-packed tuna, such as what you see in Portugal, is such a joy. It just hits different over there, you know?!”

Molly and her husband Ben were in Portugal when they 'conceived’ of Tuna. Talking in the pool on their honeymoon, instead of deciding to have a baby, they decided to get a wiener puppy. “We were eating lots of tinned fish and I think we just had tuna on the brain. To this day we eat tuna probably four times a week!” she concludes, laughing.

It seems that, from Italy to the USA and back to Portugal, Molly’s passion for simple, salty, happy food is stronger than ever.

More information about Molly Baz and the importance of 'flipping customers'

We also spoke to Molly Baz about building her membership platfrom at mollybaz.com. In the article, she shares her insights into giving as much away for free as possible, to create a brand that people love and trust. Read more >

Stay up to date on Memberful's latest feature updates, insights, and teaching centered around growing your community.